Demand plays a big role in rising freight rates. With another stimulus package on the horizon, consumer sentiment is still a driving force for the economy, and freight volumes remain strong. The ports continue to brim with replenishment stock that is gobbling up capacity.

Insurance costs are one factor contributing to the difficult operating conditions for truckers. - Wall Street Journal 2020.

There is no question that insurance rates have increased dramatically in recent years. Sky-high payouts have produced double-digit increases in insurance premiums with many carriers wondering how they will be able to afford them. To recoup some major losses, freight insurance rates are expected to continue to rise this year.

The cause? Huge payouts. What are now dubbed “nuclear” cases or verdicts have produced unprecedented financial awards to victims of truck-related accidents. In some high-profile cases, the costs to the insurance companies can make your head spin. One high-profile example involved a large chain store truck, the death of one individual, and the severe injury of another (who also happened to be a famous comedian, Tracy Morgan). This case set back the insurance company tens of millions of dollars, which did not even include the undisclosed amount settled with the family of the deceased.

To illustrate the seriousness of the issue, here are a few examples of high-dollar claim verdicts, courtesy of Consumernotice.org.

In July 2018, a Texas jury handed up a $101 million award against an oil services company whose driver plowed into the back of a pickup in 2013. The driver of the pickup did not believe he was injured at first but later needed neck surgery and is unable to work. The truck driver tested positive for methamphetamine and marijuana after the crash and admitted in a deposition that he had used the drugs several times per week.

In May 2019, a Texas jury awarded $5 million in actual damages and $75 million in punitive damages to a truck driver who said the company he worked for forced him to alter his logbook and exceed federal hours of service rules in 2015. Lauro Lozano alleged that Jorge Marin, the owner of three trucking companies, ordered Lozano to falsify log records and drive beyond legal limits to deliver a 1,800-mile haul. Lozano ended up falling asleep behind the wheel and plowed into another tractor-trailer. He suffered abdominal trauma, a crushed pelvis and other injuries.

In February 2018, a California jury awarded $52.84 million to two brothers who were hit head-on by a semi-truck that crossed a road’s center line in 2014. The boys suffered traumatic brain injuries, back and arm injuries, and post-traumatic stress disorder. The truck driver admitted he caused the accident.

In May 2019, a Connecticut jury awarded $15 million to a Pennsylvania man who was rear-ended by an 80,000-lb semi in 2014. According to the Stamford Advocate, the truck driver didn’t realize traffic had stopped until it was too late. He swerved to avoid a collision but slammed into the back of 50-year-old Jorge Amparo’s car. Amparo’s car was totaled, and he had to be extracted from the vehicle by the Jaws of Life. He suffers from post-concussion syndrome, which can cause sudden and unexpected dizziness, nausea and vomiting.

In an article published by the Wall Street Journal early last year, Chris Demetroulis, a managing director at the insurance broker firm Arthur J. Gallagher & Co. was quoted as saying, “The median verdicts have gone from $23 million to $44 million over the last 18 months.” In the same article, another insurance broker indicated that carriers faced increases of as much as 20% to 30% (in 2020). 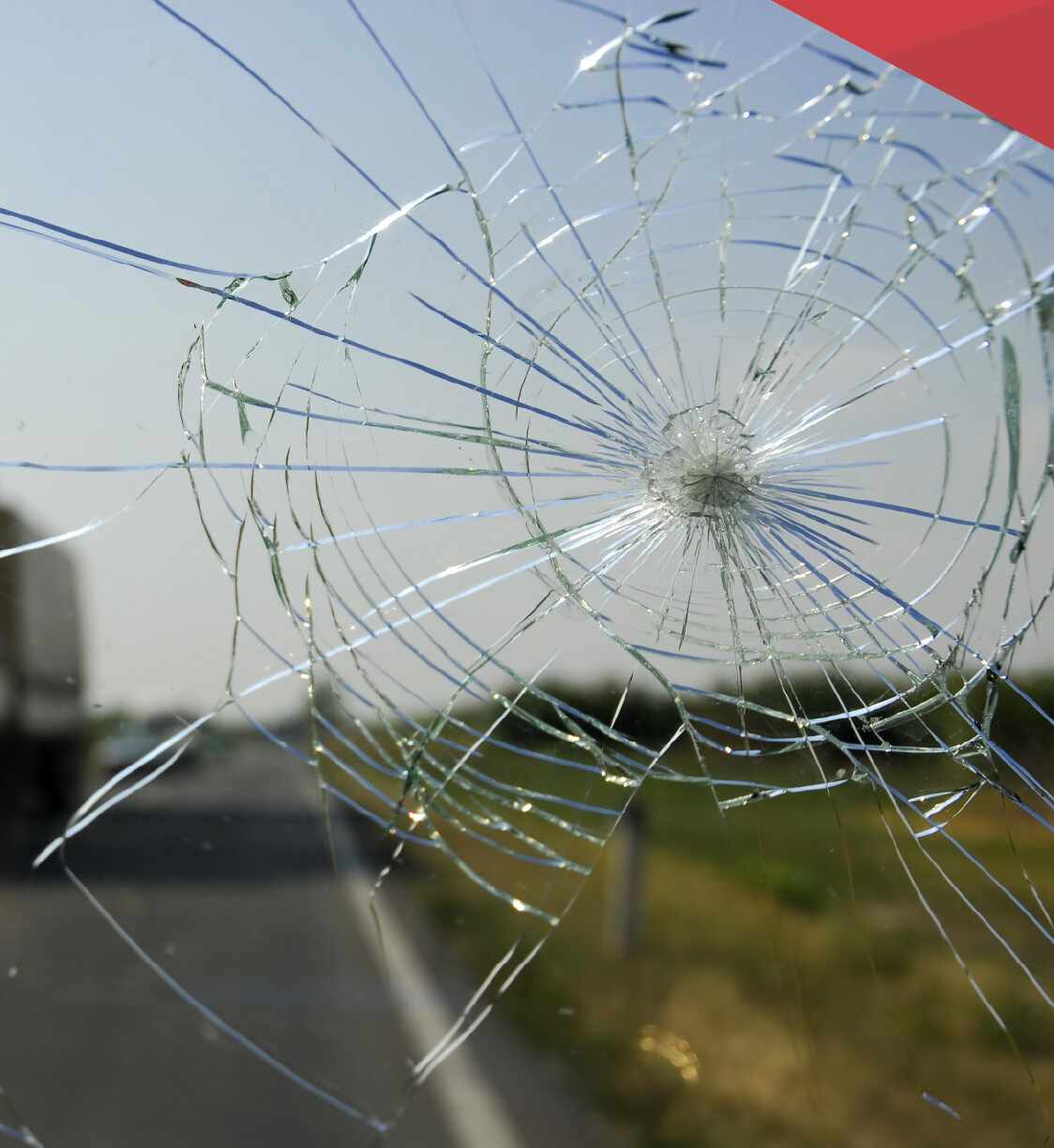 As a result of these mega losses, many insurance providers simply have dropped coverage altogether while others are increasing rates. Many independent owner-operators and small fleets are struggling because of it.

It is important to know that there are different types of insurance as well as multiple options that insurance companies use to determine premiums. For example, there is Shipper’s Interest Insurance versus Motor Carrier Cargo Liability Insurance. You can read more about freight insurance in our blog, Protecting Your Freight with Shipper's Interest Insurance.

Every line item on a certificate of insurance (COI) can have a significant impact on the outcome of a settlement. If you are unclear about the contents of your COI documents, tune in to our upcoming webinar, March 25, 2021 at 2:00 pm EST. We will take a deep dive into shipper and carrier coverage, what details to always review on a COI, and how to decide what coverage is right for you.

This winter’s bad weather with multiple major snow events and colder-than normal temperatures in many areas of the country have added risk to the average truck driver’s cargo. Below freezing temperatures can often be the cause of failing reefer units and other equipment malfunctions. Inclement weather adds to the accident risk of big rigs with icy roads, less hours of daylight driving and reduced visibility. For insurance company these are things that say, “Warning, Warning!” when it comes to liability.

With some of the highest freight volumes on record recently, the driver shortage has been the inspiration for many recent articles and blog posts, but never has it been so in the forefront as now.

The obvious problem is that with fewer drivers, higher wages are needed to attract new talent. Driver pay has not kept up with inflation, and wages remain low compared with other similar jobs. The method of payment for most is usually by the mile, but there are many hours when a driver is not driving. Instead, they spend a lot of time in traffic jams, waiting at loading docks, stopped because of bad weather, parked or looking for parking … and that is not always counted as time on duty. If a driver is not on duty, their time is often not considered eligible for compensation.

Choptank Transport Executive Vice President, Steve Covey, is keenly aware of the issues. “Professional drivers are still the straw that stirs the supply chain drink,“ said Covey. “With increased pressure to meet customer’s expectations they are facing enormous challenges. Transportation has evolved in a way that now, information is part of the deliverable. That information fuels supply chain growth. and good drivers are the foundation of that information flow. The person driving the truck should not be viewed as a driver. They should be viewed as a supply chain specialist, and their compensation should reflect such.”

Drivers and owner-operators have been leaving the industry for many reasons, some of which include over-regulation, an aging demographic, and a lack of incoming drivers due to competition from more attractive job opportunities. Long hours away from home, poor treatment by receivers, and health issues from the sedentary lifestyle add to the discontent.

Despite the many reasons, compensation seems to be one of the top issues that have made a growing number of disgruntled drivers feel they can no longer make a living wage.

How Much Will Rates Increase?

Analysts are predicting increases in 2021 anywhere between 5% -7%, with many experts predicting as high as double-digits. There are many variables that will determine how high the rates may go, such as the state of the pandemic, the speed of the economic recovery, consumer sentiment, fuel prices, and even more catastrophic weather events.

Knowing that rates are going to increase should help shippers prepare by allowing them to adjust budgets and mitigate higher costs by consolidating shipments, keeping a regular shipping schedule (when possible), and avoiding holidays and on-demand shipping needs.

Choptank Transport will continue to work on its customers’ behalf to leverage relationships and negotiate the best possible rates with its carriers, ensuring alignment with current market conditions. If you have any questions regarding your freight spend, ways to save on shipping costs, or have an interest in alternative methods of shipping to save money, contact your Choptank sales representative today.